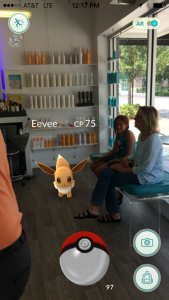 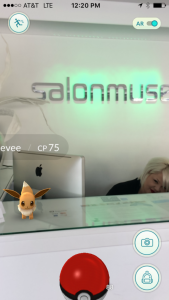 If you’ve been on the internet , or just outside lately, you may have noticed that a game called Pokémon Go is suddenly everywhere.

So what is Pokémon Go? It’s an augmented-reality mobile game where players move throughout the real world to hunt for and capture digital Pokémon – the idea is to get people up and walking and interacting with each other… and of course, to catch ’em all!

Get on your feet and step outside to find and catch wild Pokémon. Explore cities and towns around where you live and even around the globe to capture as many Pokémon as you can. As you move around, your smartphone will vibrate to let you know you’re near a Pokémon. Once you’ve encountered a Pokémon, take aim on your smartphone’s touch screen and throw a Poké Ball to catch it. Be careful when you try to catch it, or it might run away! Also look for PokéStops located at interesting places, such as public art installations, historical markers, and monuments, where you can collect more Poké Balls and other items.

It’s a free download for Android and iOS devices!

And although there will always be negative news and people taking advantage of a good intentions thing, lets focus on the overwhelming amounts of positive!

Check out “The Strangest, Funniest And Most Uplifting Things That Have Happened Since Pokémon GO Launched!”

Also, be sure to come visit Salon Muse… because Eevee and Oddish are hanging out here! No wonder Eevee has such fabulous fur and Oddish has such great volume! 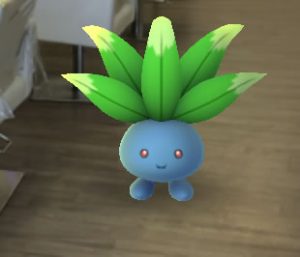